I sat down with Jayne Lee from Human Nature Dance Theatre to talk about the performance.

Jayne, tell me about tonight’s performance.

Tell me ‘why now’ for this play?

Why now is well, serendipity has played a part because now there are amazing images of Jupiter from the James Webb telescope and there are also amazing images from NASA. But it’s also part of this Night Visions exhibit at Coconino Center for the Arts, which is with Dark Skies, celebrating the amazing dark night sky that we have here in Flagstaff.

What was the impetus for this play?

Paul Moore, Frederica Hall and I decided to submit to the exhibition for Night Visions and we submitted an installation piece that’s in the exhibit and then this performance piece. But I have also wanted to bring all the dances in Flagstaff together for a very long time. So it’s sort of two impetus is really.

Why have you wanted to bring dancers together for such a long time?

I feel that sometimes dance is the poor child of the arts and that it’s important. We are an important artform and we need to stick together and share our gifts.

How does it make me feel that you finally pulled it off?

I feel thrilled. I feel really thrilled. Yeah! It feels great that it’s come together and everyone is enthusiastic and everyone’s contributed great work. I feel delighted.

What did it feel like when you were up there dancing by yourself to those images and music?

You feel magical. And inspiring. It’s very inspiring as those images are absolutely incredible. I feel that it also gives us an idea of our planet and the preciousness of our planet too. That’s something I feel is important to say at this moment in time, that we need to look after it and appreciate it as much as we appreciate the rest of the universe. I hope for that we find a way, between all of us, to take care of where we live, to take care of our planet.

What would you want the audience to walk away with?

Is there anything else about the performance that inspired you?

I’ve met a lot of new young dancers in Flagstaff, which is really inspiring and encouraging, and I feel really proud to have brought everybody together. I feel like there’s a legacy in dance and performances like this help to pass that on. You know, I notice the younger dancers watching the more experienced dancers, and in the moment, I see them picking up things without being told. They notice. And so I feel like there is a legacy that’s happening.

They’re learning. We’re also learning from them. So yeah, that very much ties into Caroline Schumacher’s legacy. For sure.

From the 21 Tiny Dances to Jupiter Program

This performance pays tribute to Carolyn Shoemaker, a world-renowned astronomer, comet and asteroid hunter, who lived in Flagstaff, Arizona. She died on Aug. 13, 2021, at the age of 92. Carolyn was married to acclaimed geologist Eugene (Gene) Shoemaker (1928-1997). Together, the pair made vast contributions to the study of asteroids and comets – including the co-discovery of history-making comet Shoemaker-Levy 9.

Carolyn Shoemaker never set out to be a scientist. But after her three children were grown, at the age of 31, she started a second career and became a world-renowned astronomer. Carolyn, along with her husband Gene and their colleague Davie Levy, co-discovered comet Shoemaker-Levy 9 on March 24, 1993. It was the first comet observed to be orbiting a planet – in this case, Jupiter – rather than the Sun. Jupiter’s tidal forces tore the comet apart and, eventually, the fragments collided with Jupiter between June 22 and July 16, 1994.

Carolyn once said that it was impossible to write about much of her life without also discussing Gene in a major way. He died in a car crash in 1997 and some of his ashes were transported to the moon.

In February 2022, Frederica Hall, Jayne Lee and Paul Moore met to discuss a collaboration for the upcoming Night Visions exhibit at the Coconino Center of the Arts. Frederica introduced the idea of celebrating Caroline Shoemaker’s legacy. Paul designed the Scopes installation, which is exhibited in the gallery. Jayne focused on the performance and gathered dancers, choreographers, video and photographs for the video installation and the performance. 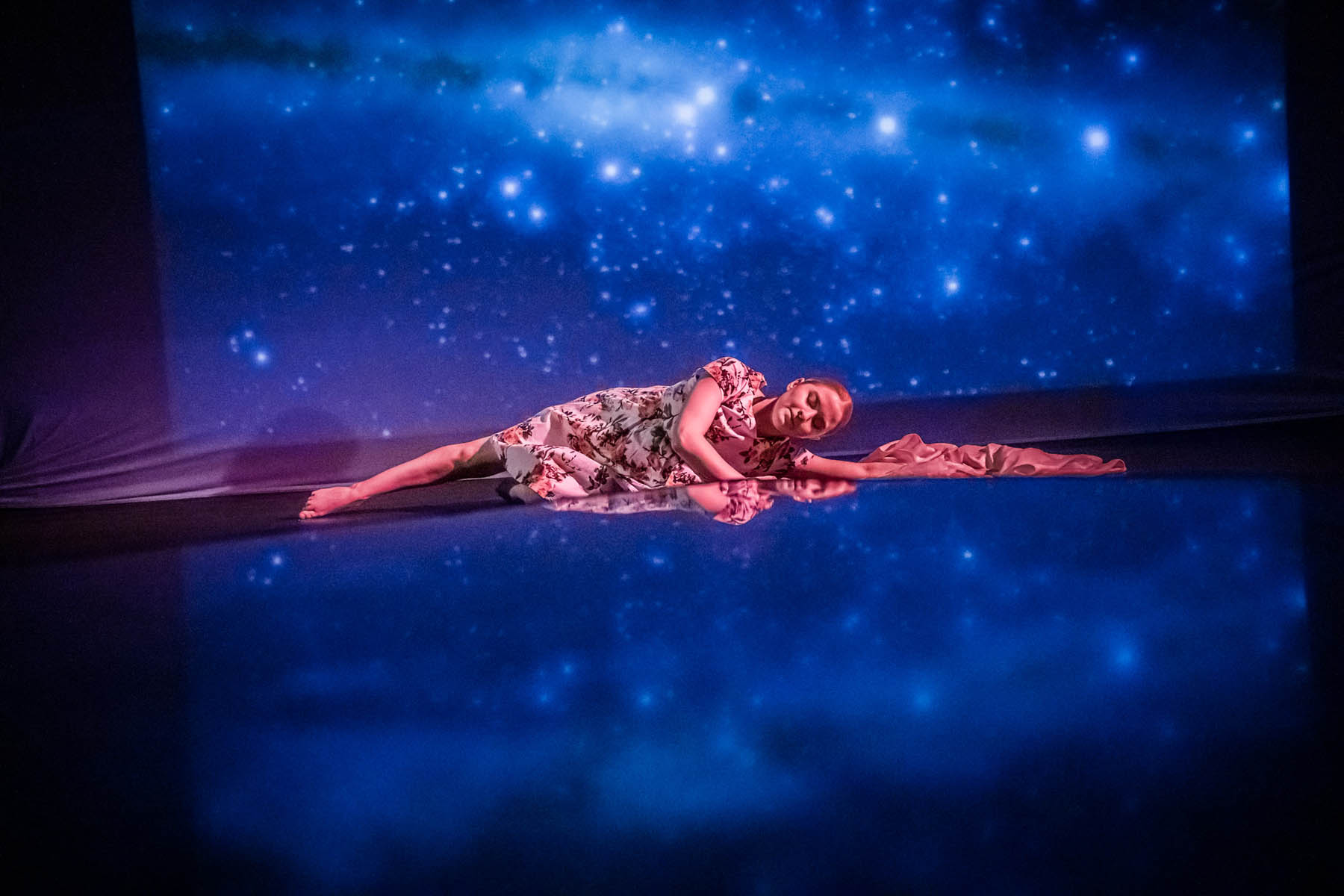 See the teaser video from the performance of 21 Tiny Dances to Jupiter - celebrating Carolyn Shoemaker's Legacy. 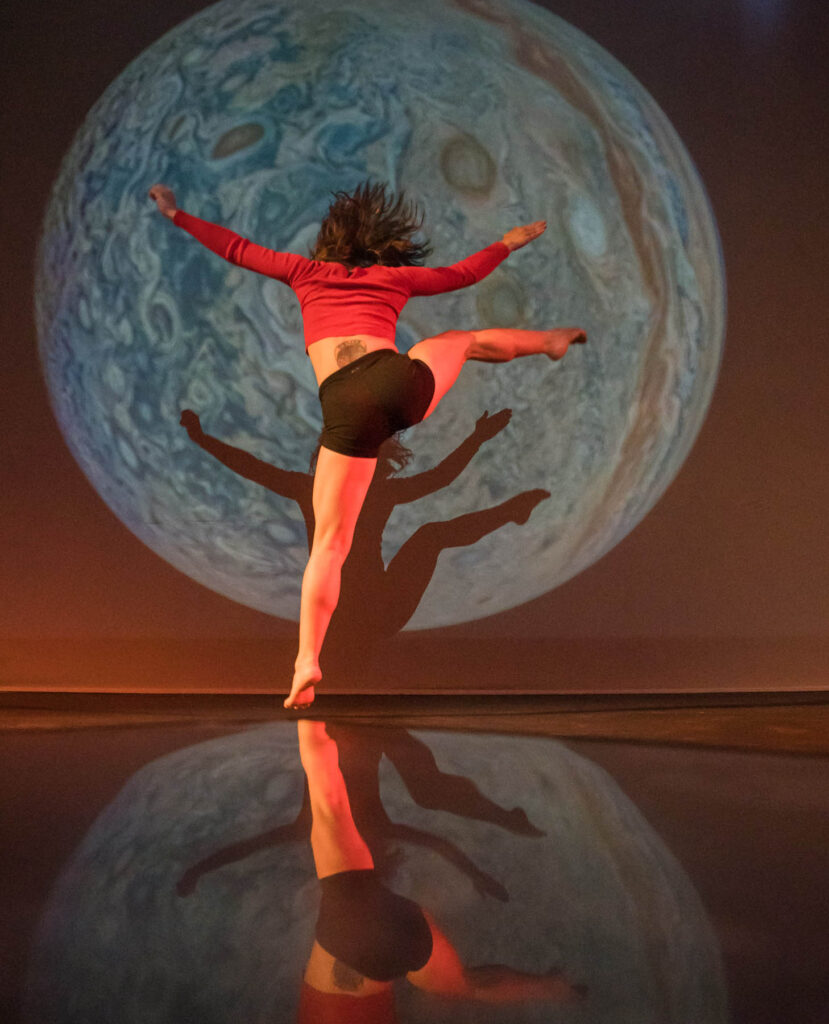 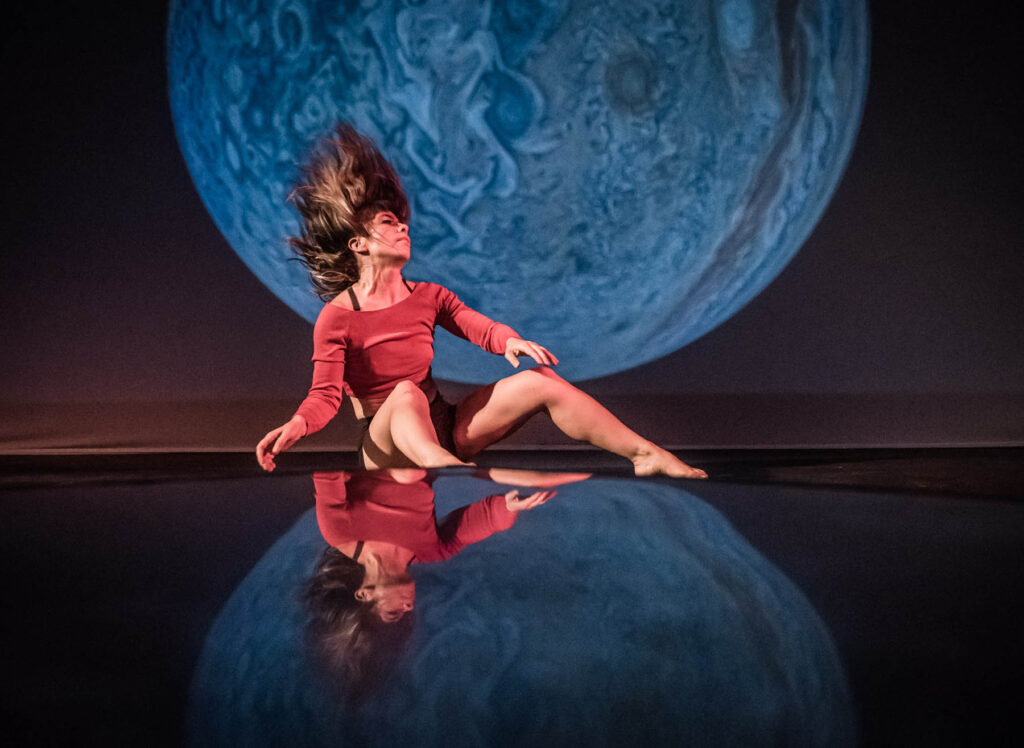 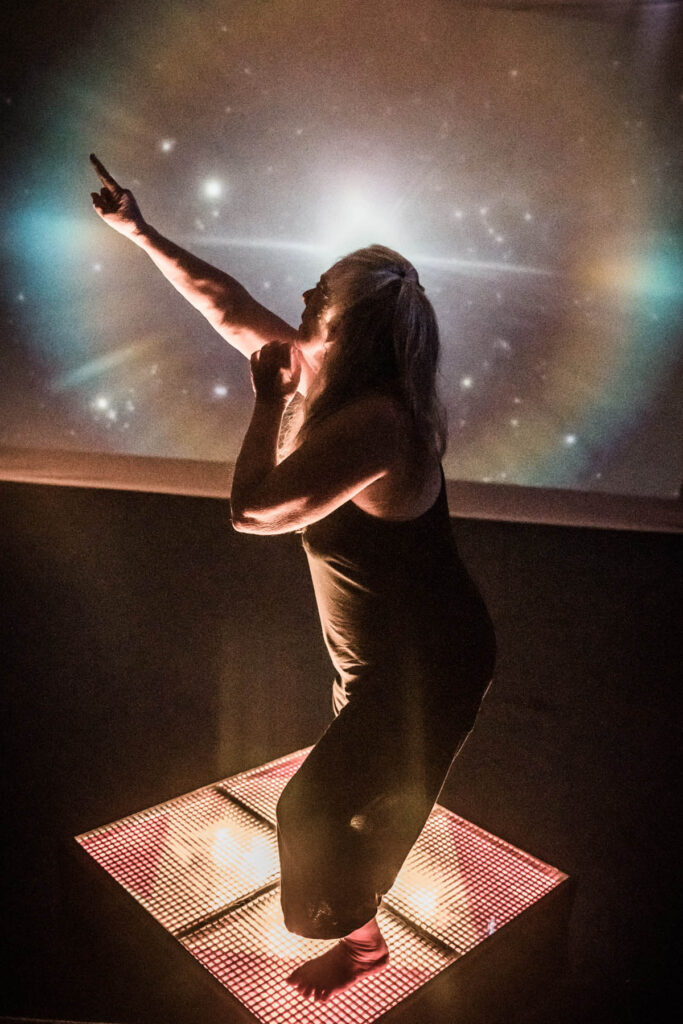 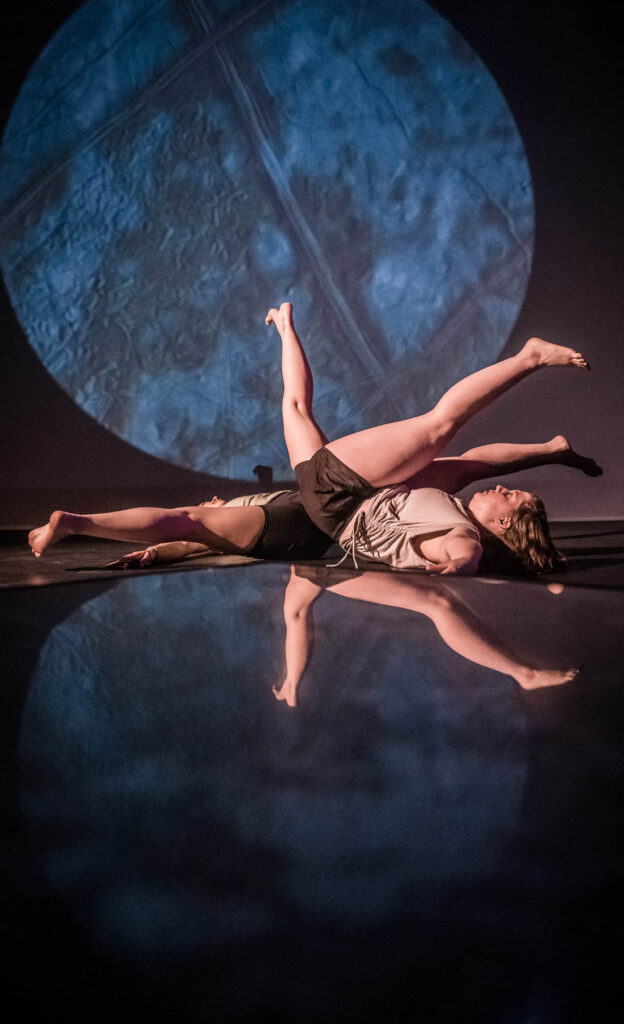 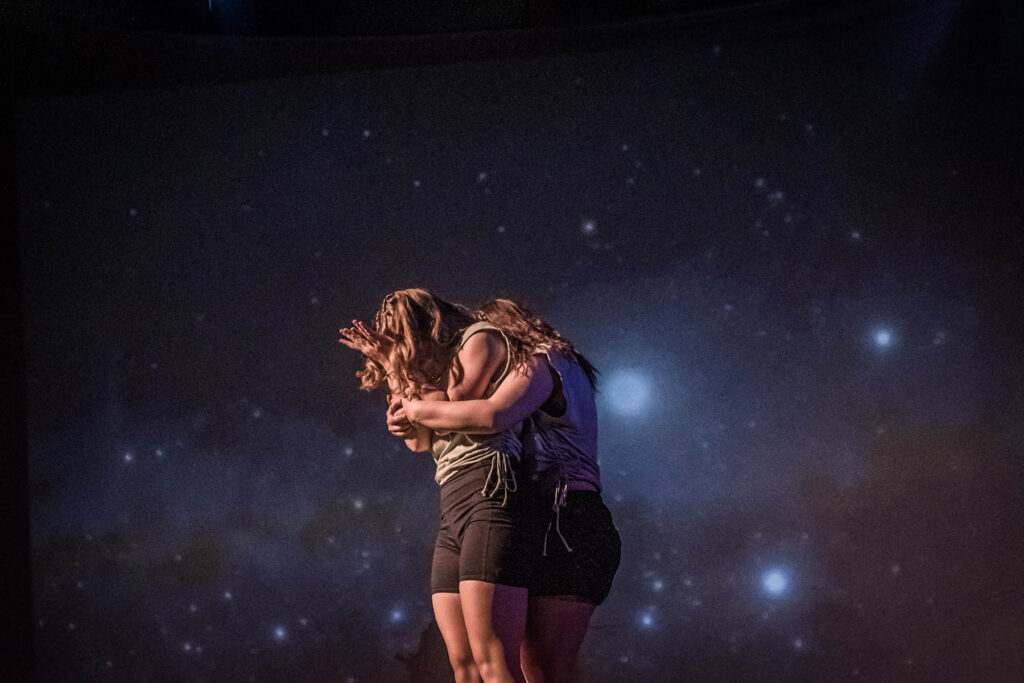 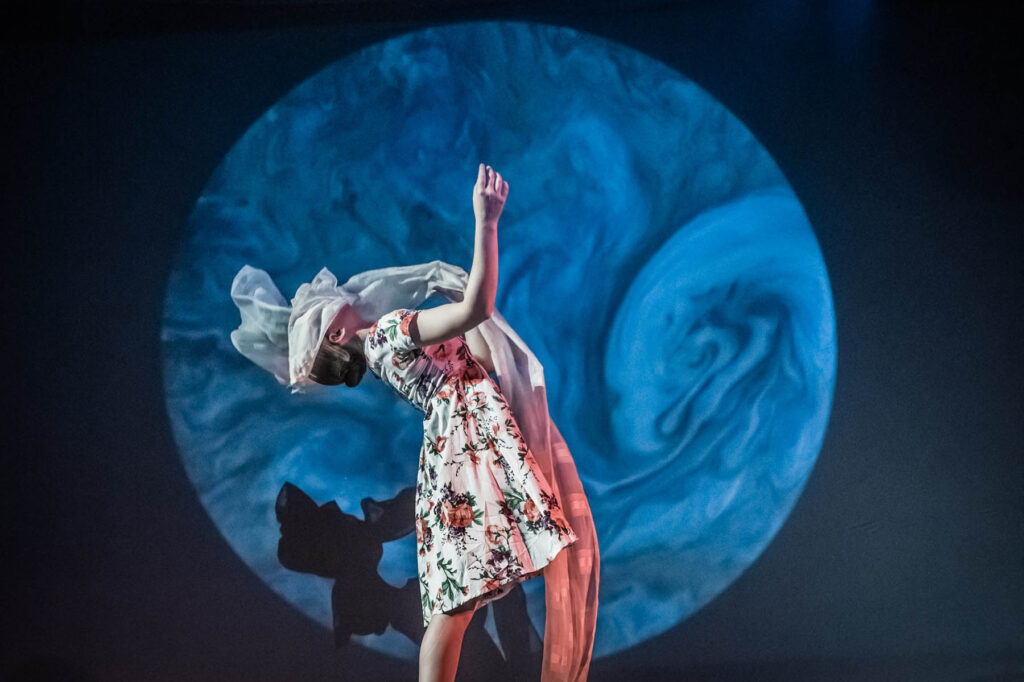 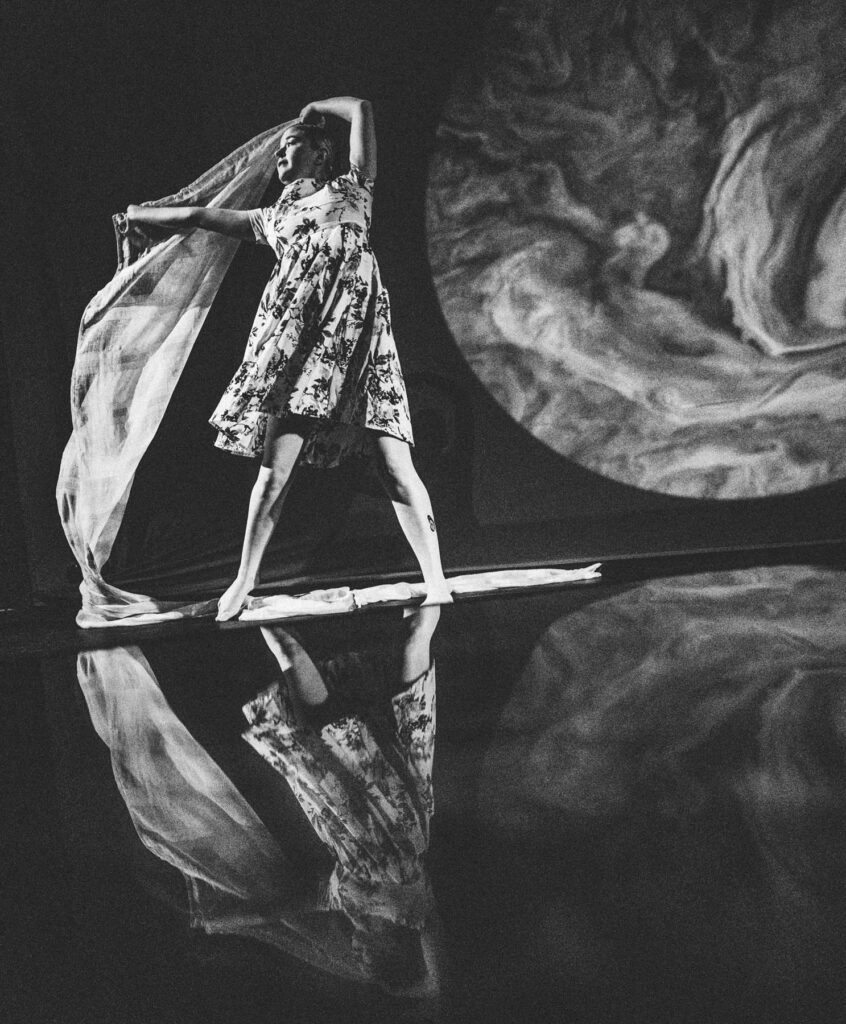 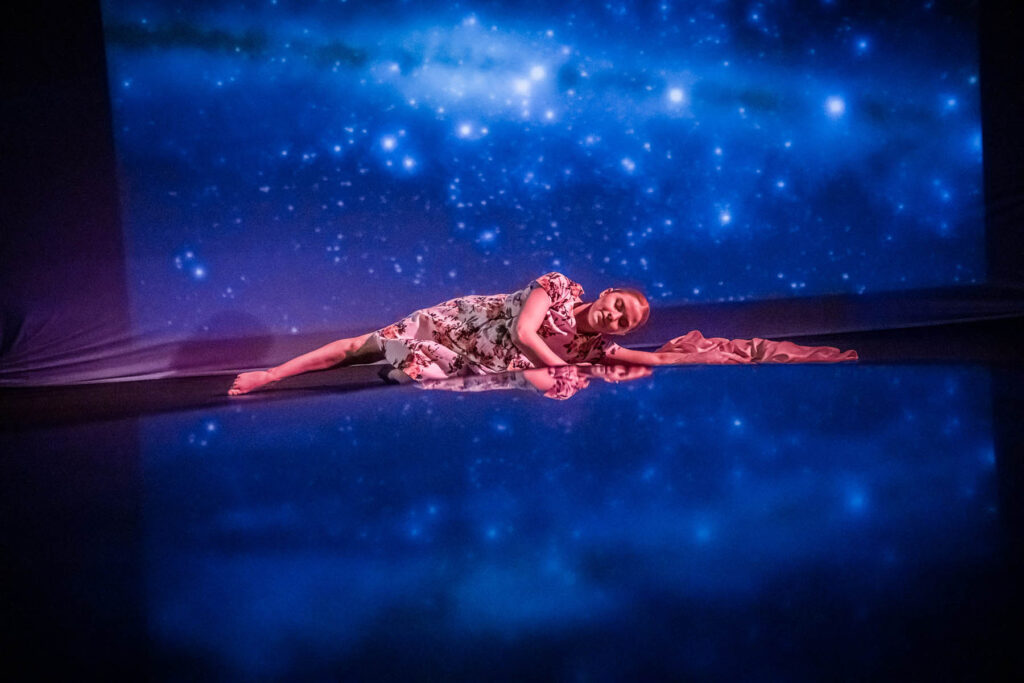 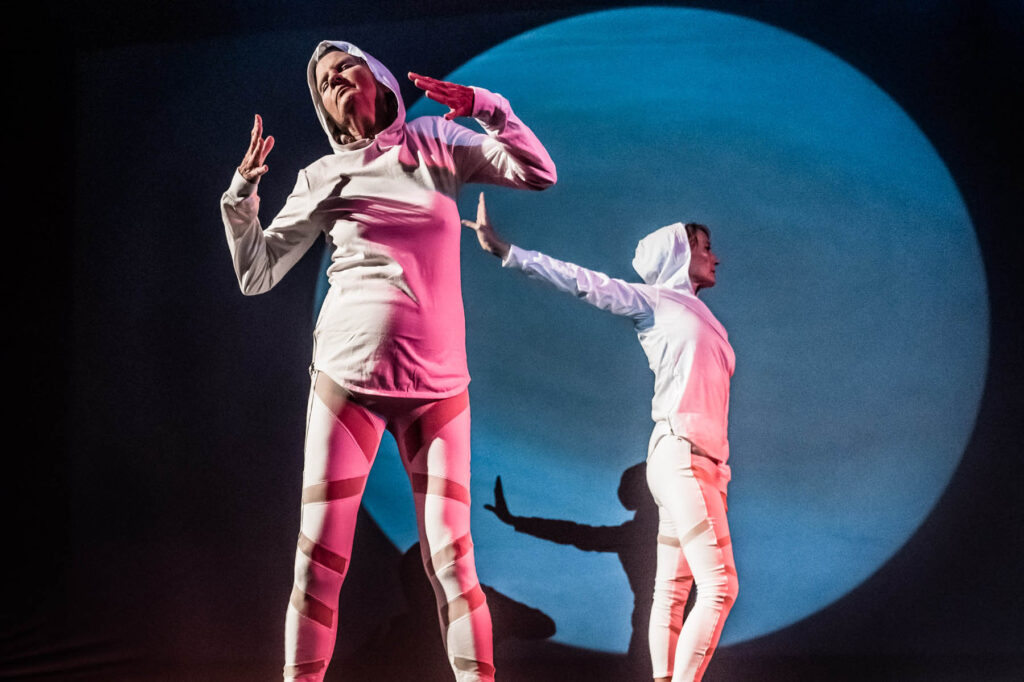 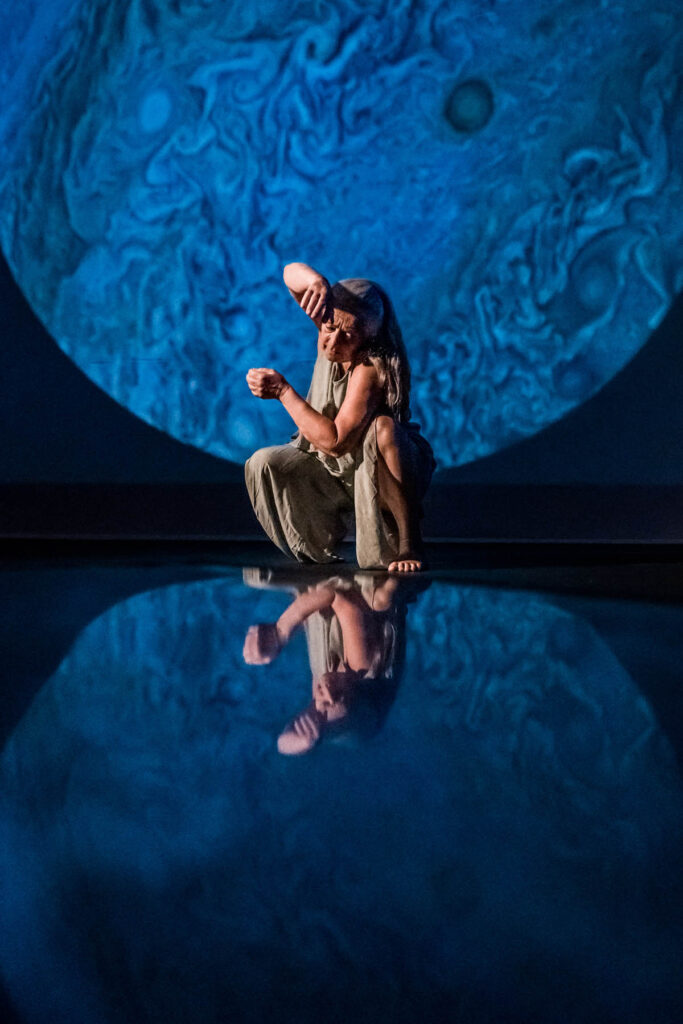 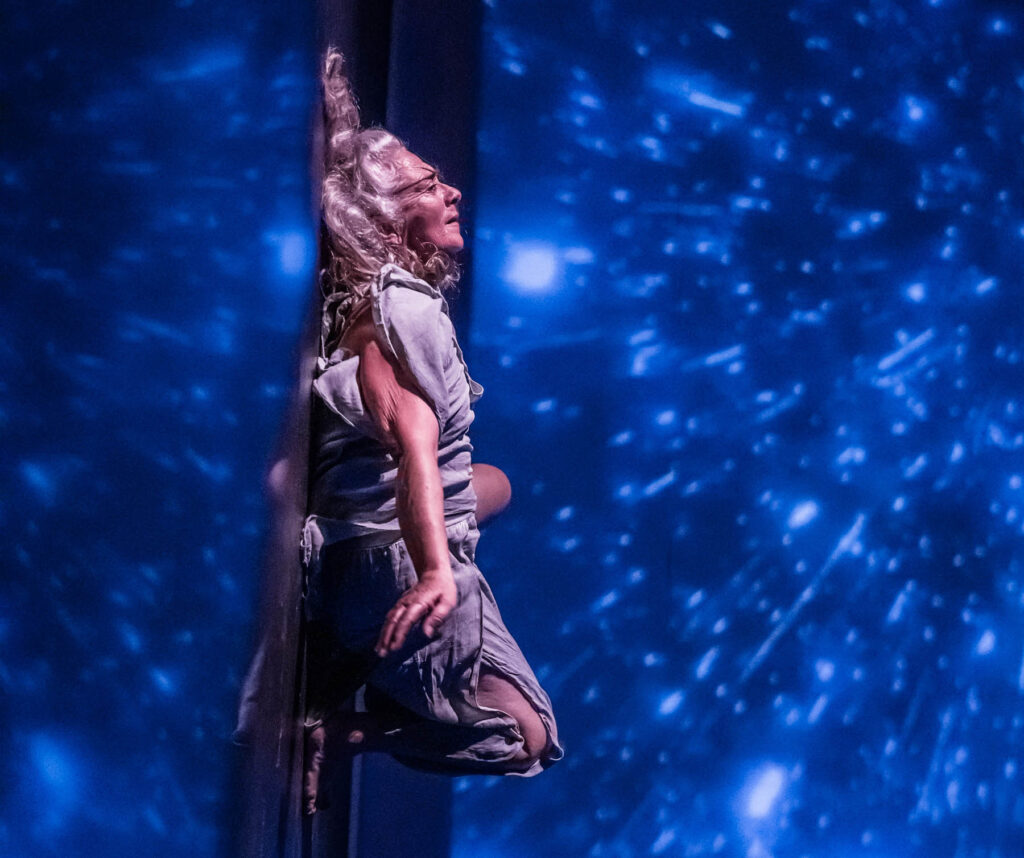 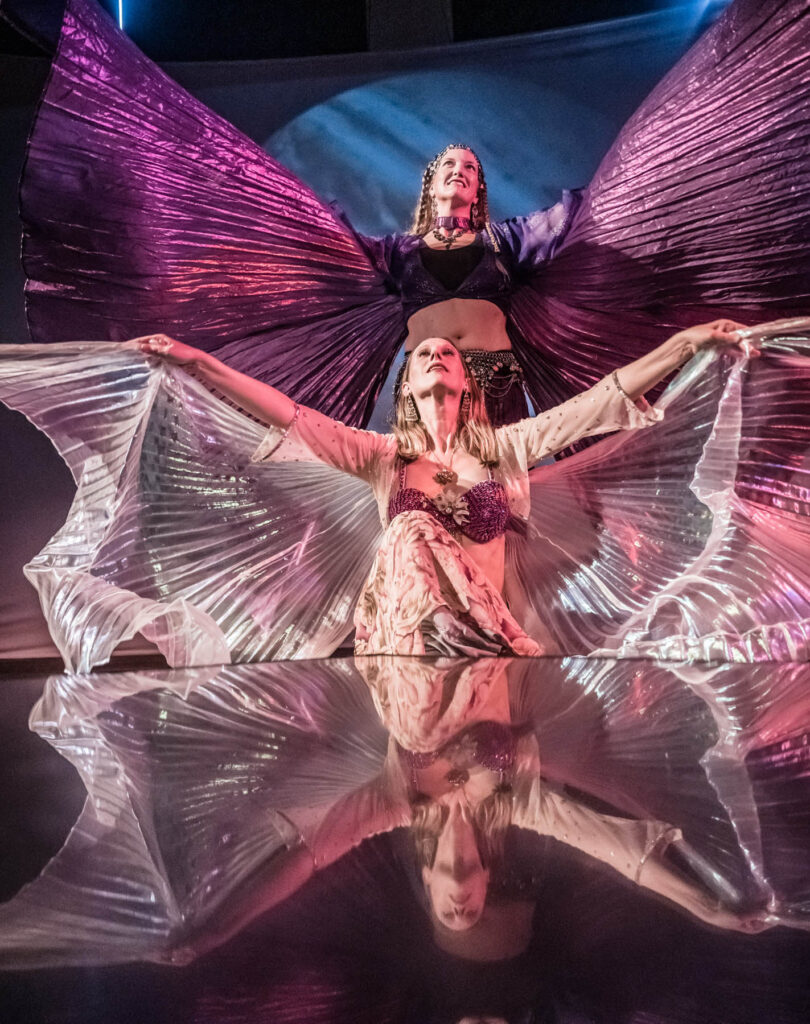 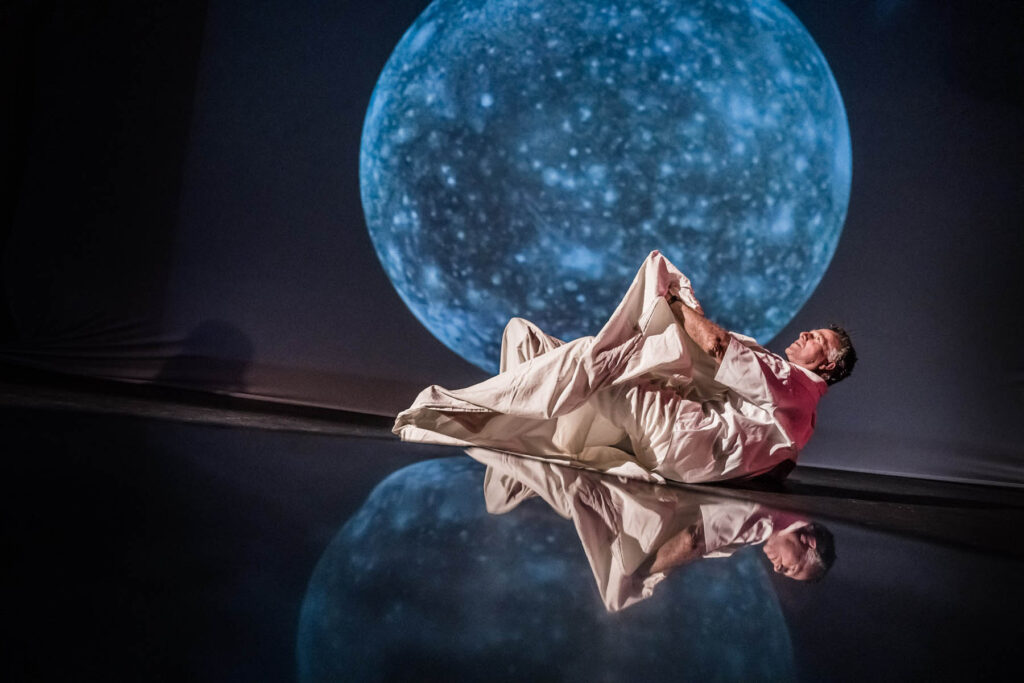 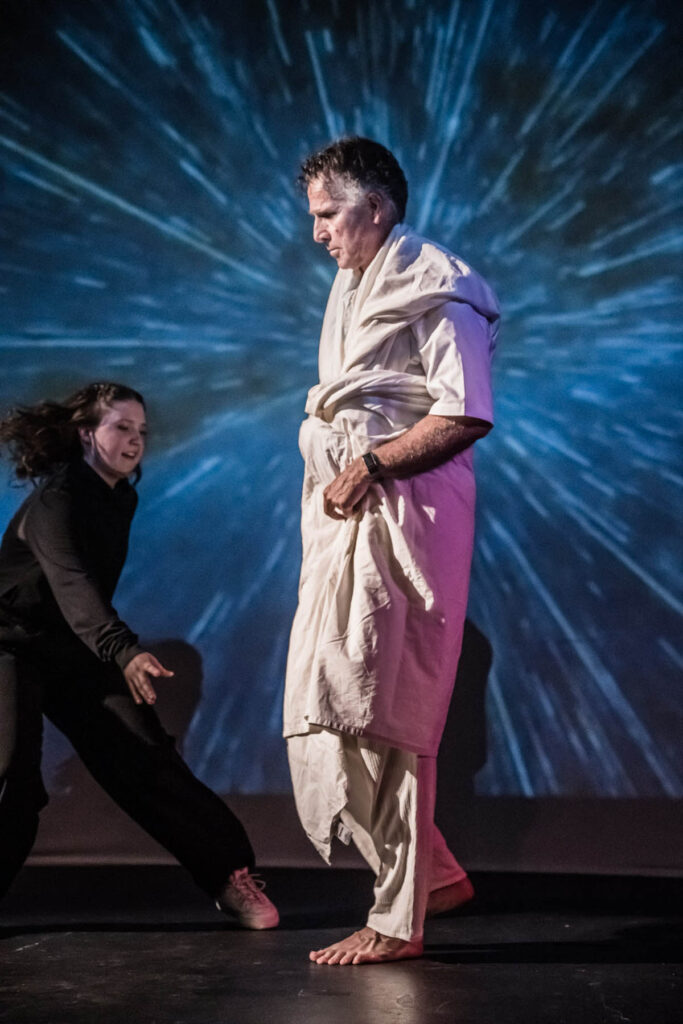 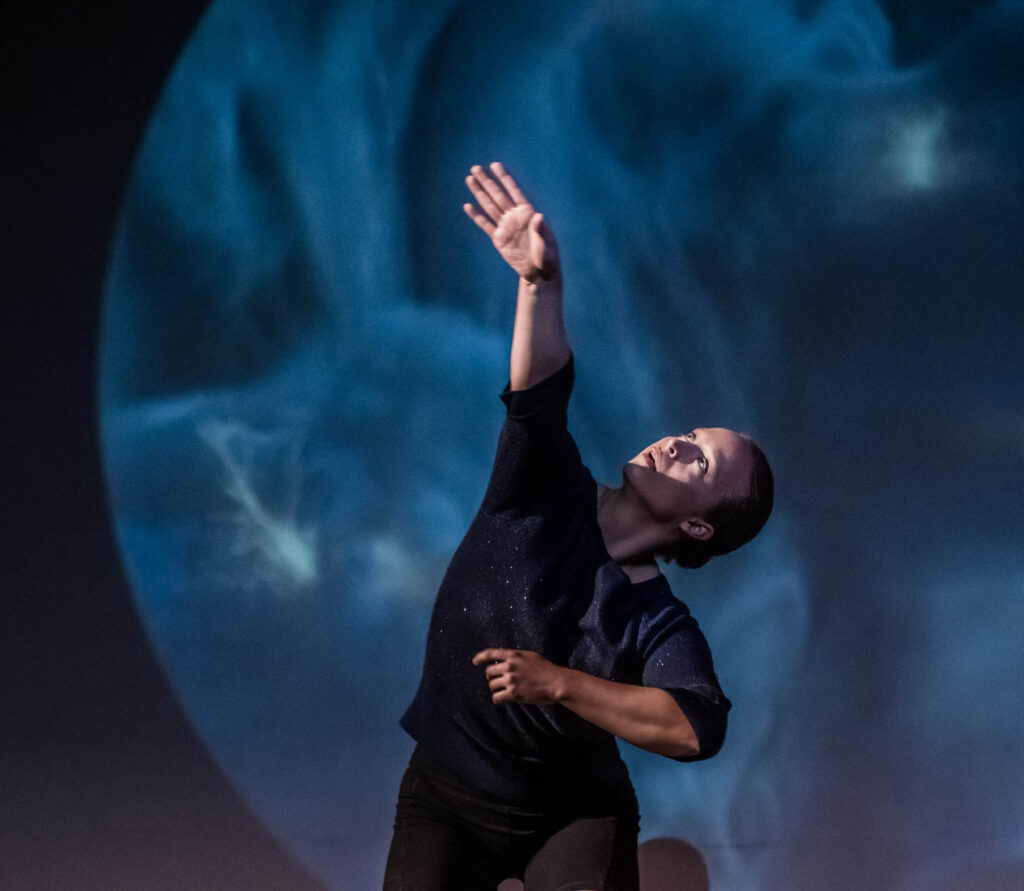 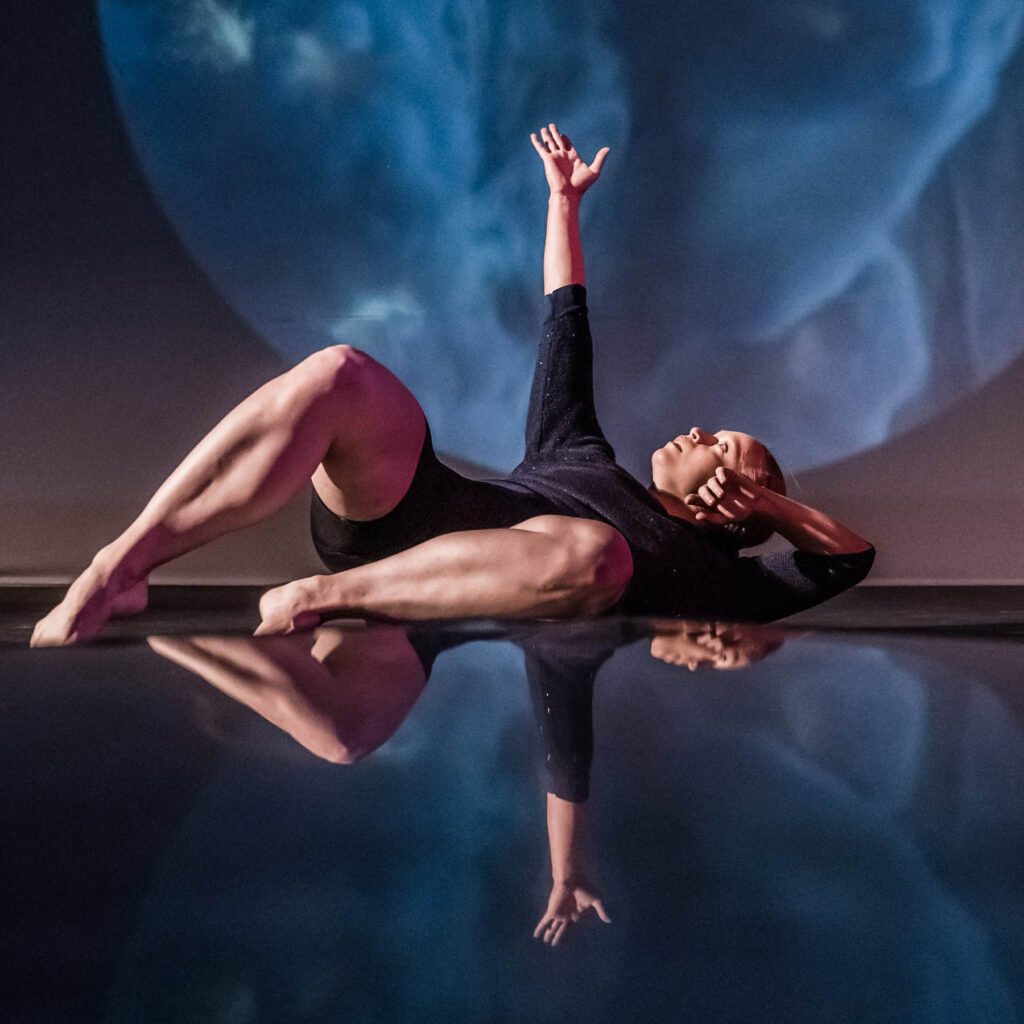 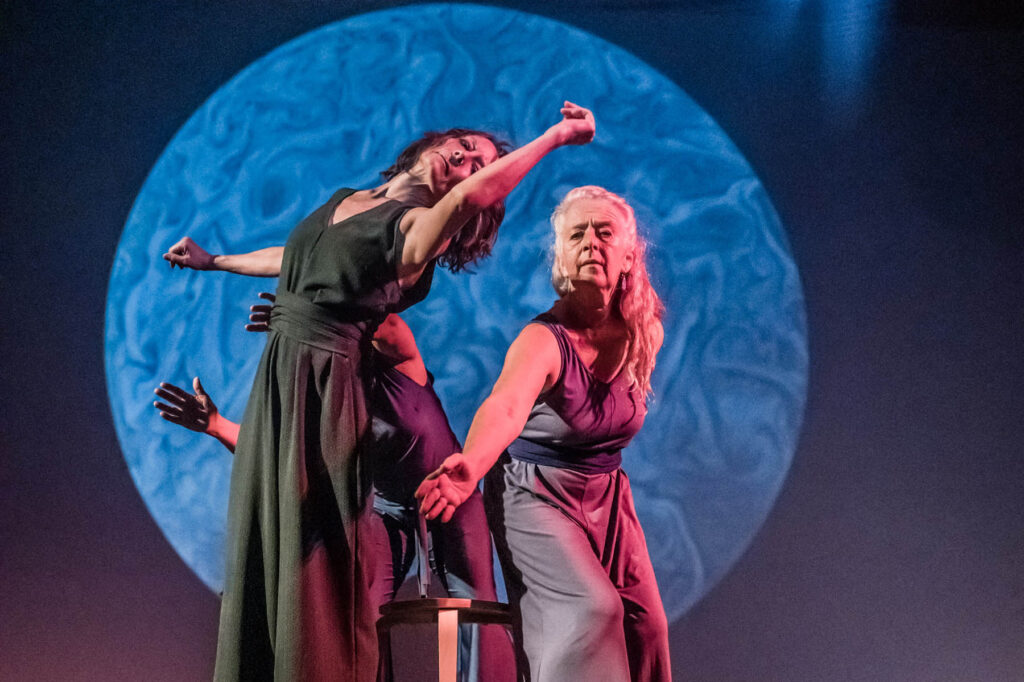 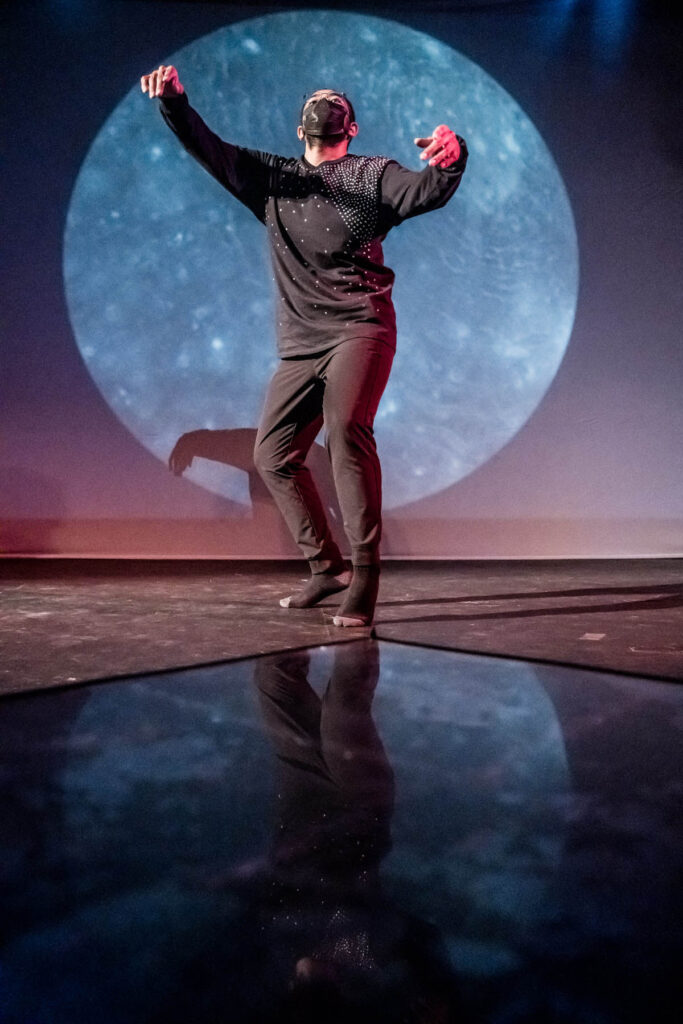 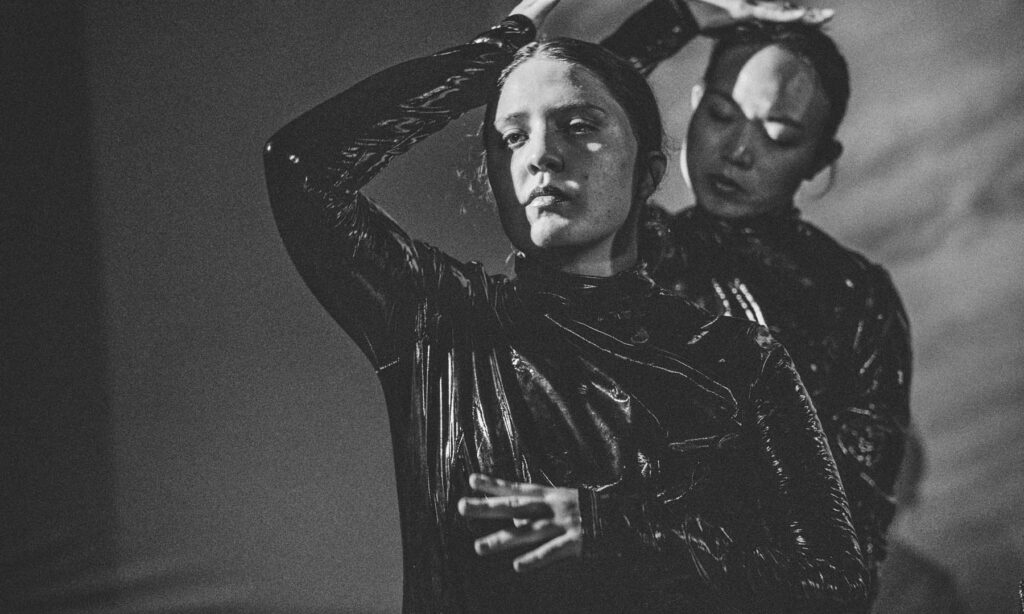 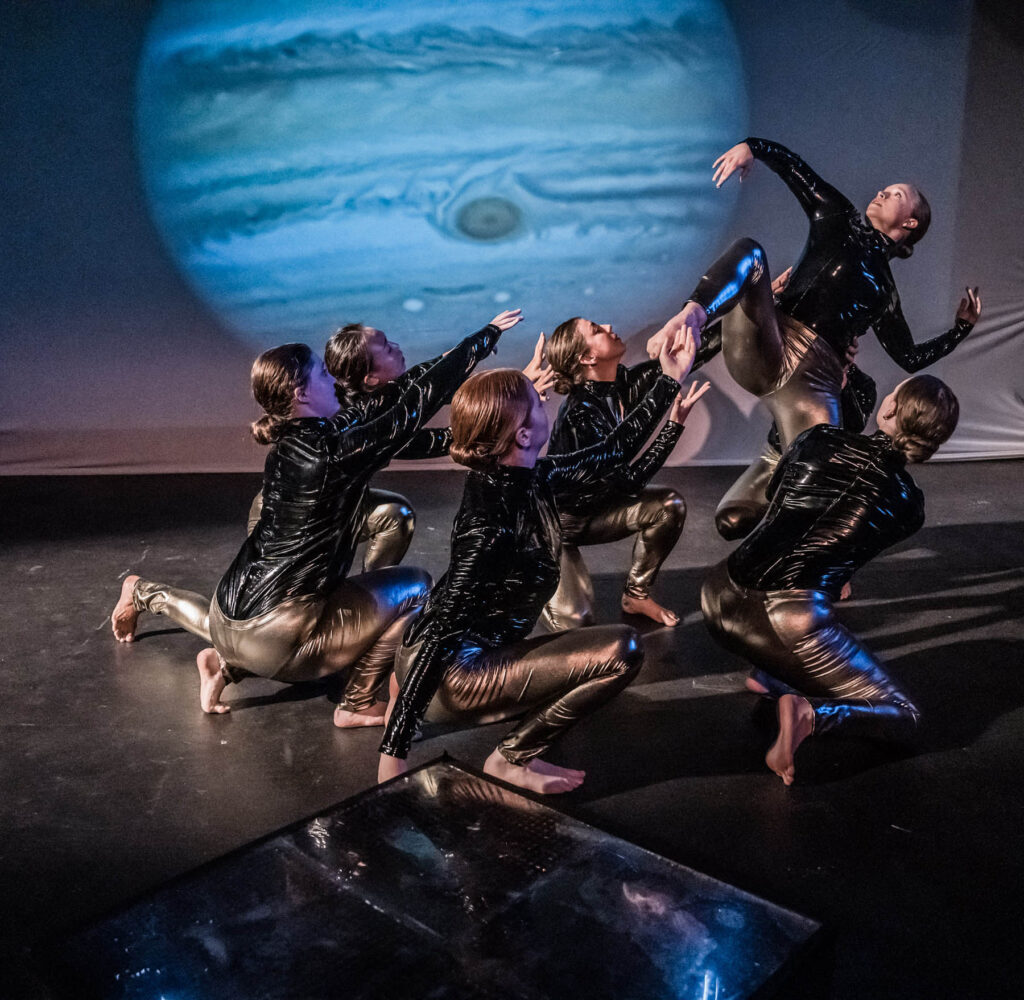 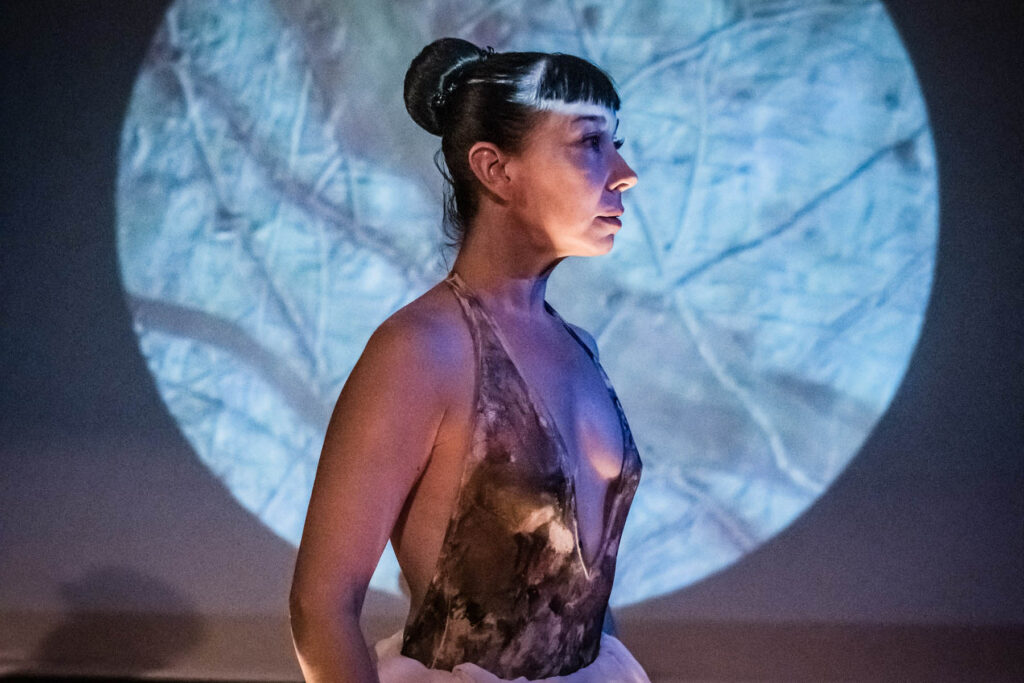 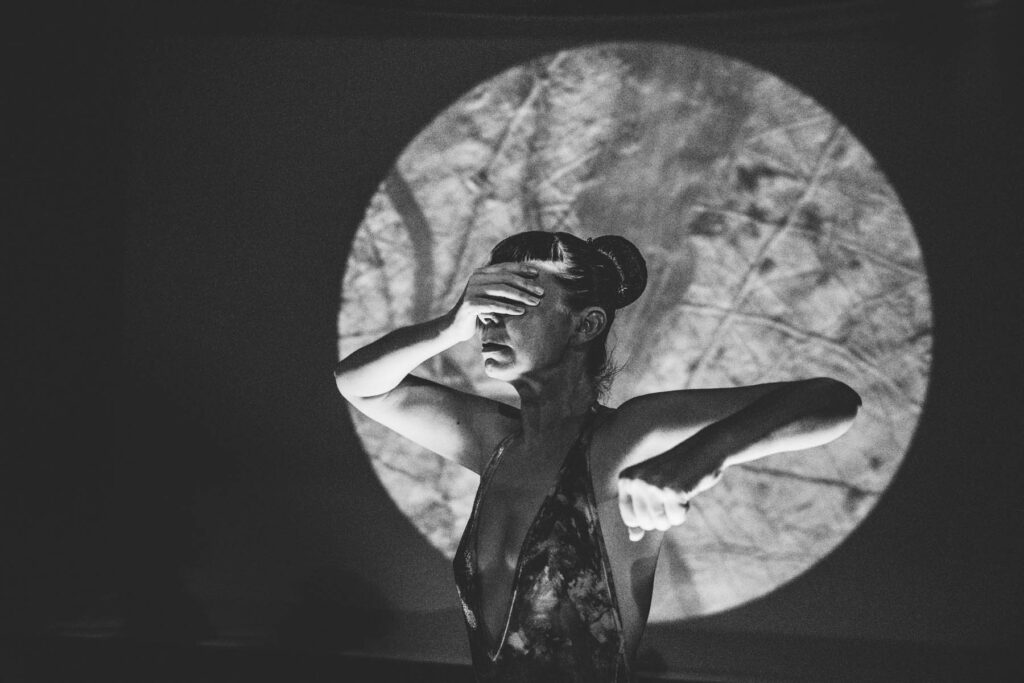 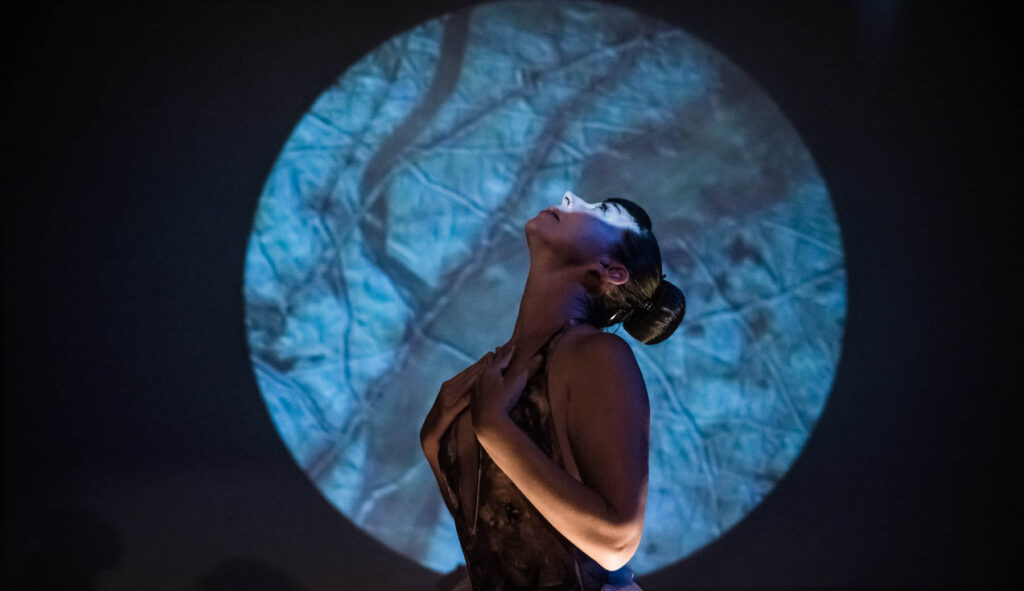 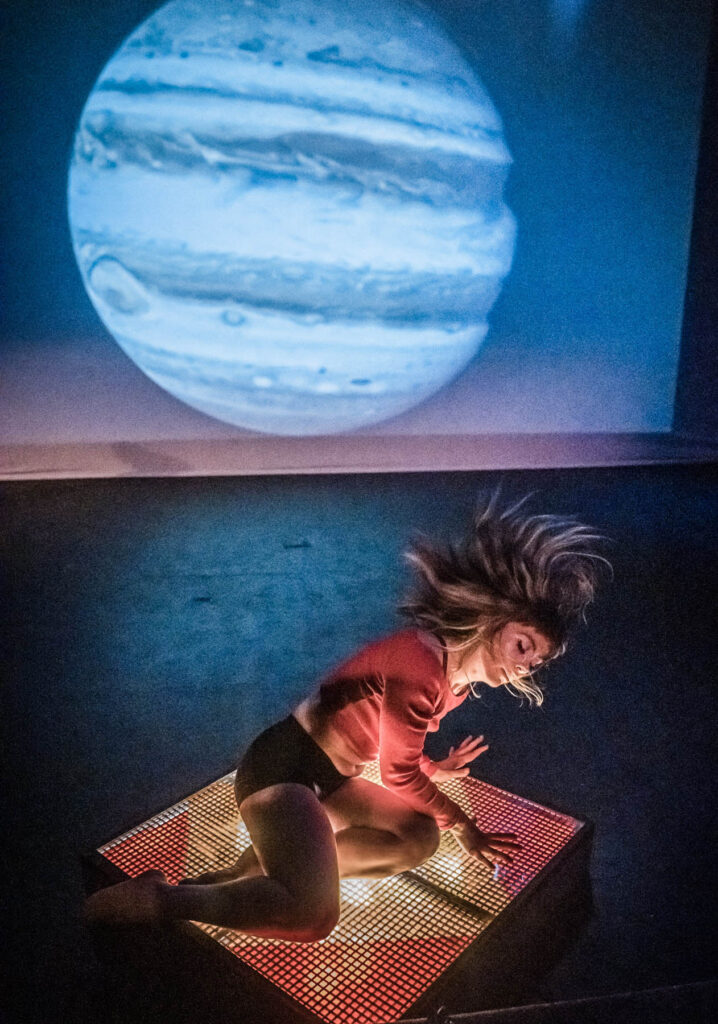